Is the initiative of four Year 7 students from Beaconhills College in the outer south east of Melbourne. The girls were taking part in a student challenge project called “Macquarie Bank Future Problem Solving”. Elly, Mollie, Ellie and Emma, chose to highlight the plight of Leadbeater’s Possum through community awareness efforts and to fundraise to enable their school to purchase some Project Possum Nest Boxes.

The Committee of Friends of Leadbeater’s Possum applaud their commitment and outstanding contribution to raising the profile of our endangered state faunal emblem.

As of August 2009 they had undertaken the following promotions, media, letter writing, and fundraising days… 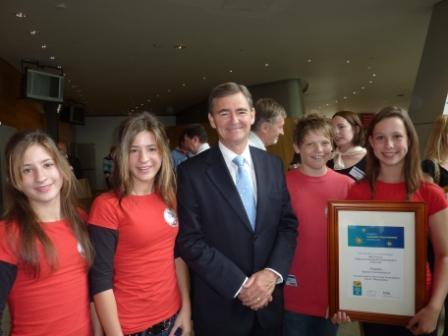 More information through this link to their school’s website – Beaconhills College.